Rob Kardashian: Gears Up to Move to Dallas with Khloe and Lamar Odom

Rob Kardashian has complained often that it’s not easy being the lone dude in a family full of women. The “Keeping Up With The Kardashians” star has struggled to find his place in the world, even lashing out on the family vacay to Bora Bora episode that his late father, O.J. Simpson attorney Robert Kardashian, would be disappointed in him. The Robster finally seemed to find his stride on the ABC celebrity dance competition “Dancing With The Stars” where he was a finalist for the mirror ball trophy. 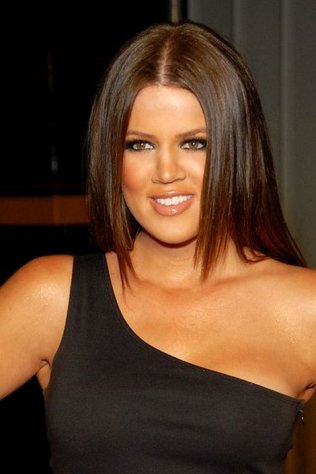 Although Rob has tried to find his own stride, the Dash-ing family guy has always stood by his famous sisters. He defended Kim when questioned at “DWTS” about her break up with Kris Humphries. When little sisters Kylie and Kendall Jenner took a beer prank too far on one ep of the reality show, Rob had their backs. He stopped speaking with bro-in-law Scott Disick because of his mistreatment of sis Kourtney. The man with no plan even lived with Khloe and her new hubbie as a castmate of their lovey dovey reality show “Khloe and Lamar.” In fact, as it came to light this past week that Khloe would be headed to Dallas to join her recently traded Lam Lam in the home of the b-balling Mavericks, Rob has announced that he too will join the duo in Texas. As a family, the three of them will be taping the upcoming season of the spin-off reality show “Khloe and Lamar.” This seems an interesting choice for someone who has insisted on finding his own thing. We’ve seen on the show that Lamar and Robbie are like brothers, but is this too much? Maybe Rob just wants to be there to support his big sis in a new city. Meanwhile, it seems that the reality TV career remains Rob’s main gig for now. That doesn’t bother us as we love a good docu-soap. Luckily for RK there are several other reality shows in the area should he wish to leave the Kardashian-Odom nest and branch out. Possible Reality TV Jobs for Rob K: “Top Chef Texas” Rob has talked about wanting to improve his fitness level. What better way is there than by learning how to cook great, healthy food on the fly? If Rob joined “Top Chef Texas” and became a Bravolebrity, maybe the beautiful Padma Lakshmi might look his way. “The A-List Dallas” “The A-List” is billed as the gay version of “The Real Housewives” franchise. Rob could join the gang as their token straight best friend. Rob’s a cutie so we’re sure that they wouldn’t mind looking at the boy Kardashian on this Logo Network show! “Most Eligible Dallas” This hot reality show featured lots of love and drama, just the way the Kardashians like it. Matt Nordgren and Courtney Kerr, the show’s centerpiece couple, didn’t work out. Robbie K could be just what the Dallas ordered. So what do you think? Is Rob heading to Dallas a good move? Does he really want to find his own way in the world? Or did he prove himself enough by dancing his way to self-confidence? Sound off!