Surprising: You won’t believe what was stuck in this man’s nose for 44 years!

A man who regularly suffered a blocked nose sneezed out the cause and its shocking! Meet Steven Easton, a 51-year-old man who has been suffering a blocked nose for almost 40 years. He often had a case of the sniffles or a headache and put it down to hay fever. After 40 years of suffering, he can now finally breathe easily after he sneezed out the cause, and its a part of a toy dart that had been stuck up on his nostril. 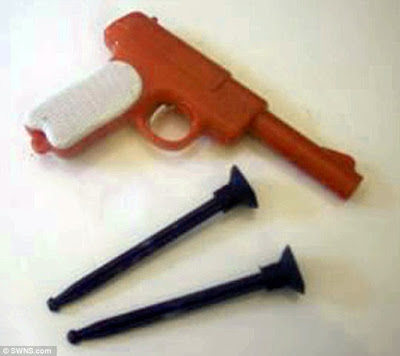 According to Steven, the mildly decomposed toy dart had been lodged in his nasal cavity since the 1970s. Steven was playing a video game when he got a tickle up his nose. “I started a sneezing fit and it came out my left nostril. I thought, ‘What’s this? Where the hell has this come from?’ and pulled out this rubber sucker. I was completely blown away,” he explained his experience. Steven told his mother Pat, who is now 77, he was amazed to find that his parents had taken him to hospital after they thought he inhaled the dart when he was seven. It was surprising because the object was a suction tip of a toy dart, about the size of a penny. 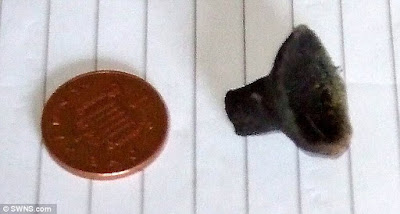 Unbelievable: A Nose with a Growing Tooth Inside!

Woman Tries To Get Inside Ex-BF’s Home; Gets Stuck In Chimney Naked

Tags: dart attached to nosedart tipman get stuck with a dart tip on a nose