Who doesn’t love Coke and Sprite? Every time we eat outside we always order sodas. Coke is always present on every occasions. We really love soft drinks! But we should be careful what we take into our bodies. After watching this you’ll probably hate drinking coke and sprite again! We all know that Coke is one of the best-selling drinks the world. It is the most widely known brand globally and Coca-cola make billions of dollars in profit every year. It’s sweetness makes people becomes addicted to it everytime you drink it. Because Coke is popular that there are shameless people who make money by fooling others by making fake coke and sprite products. They didn’t even think that it may cause serious health problems to the consumer. 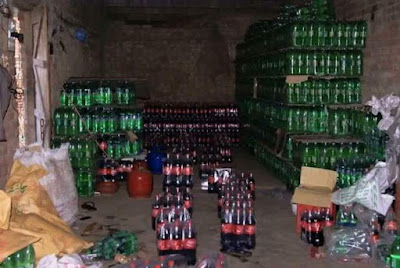 There are various pictures of fake Coca-cola being made underground that are going viral on social media. The fake company was busted in India which others think it was in Kenya or in other parts of Africa. 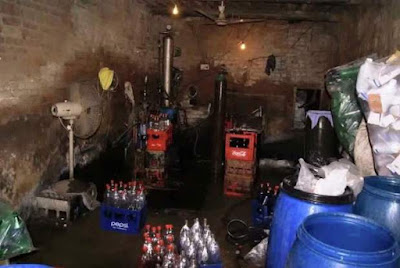 You can see in the photos that they manufacture in large amounts. There are lots of empty used bottles of Coke and Sprite being ready to be fill up. These corrupt people collect used bottles and labels them. They wash the bottles and clean it before filling it with water, food coloring and flavoring. The sodas are being pressurized by putting gas inside the bottles before being sealed. 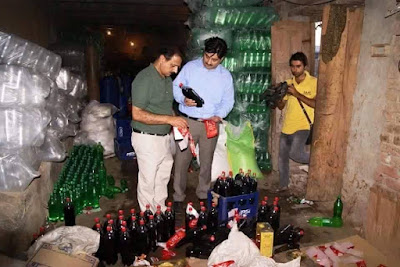 We can see that they are packed like a real Coke and Sprite.The place was so dirty that it can cause illness or poison to anyone who would drink the said soda. Let this be an eye opener to all consumers out there to be careful in everything we drink. We never know where it came from. Good thing these shameless people are caught and were thrown in prison! What can you say now upon reading this article? Share your thoughts on us now. Source: http://www.trendspot.co/2015/11/disgusting-fake-coca-cola-and-sprite-company-is-busted.html

Viral: Fake Shampoo, Lotion and Other Products At Large!