Not Funny: This what happens when you party too hard!

When you’re partying with your friends always make sure that you never get too wasted, or else you’ll end up like this man. A man from Swansea, South Wales received his best prank ever from his friends! He woke up after a big night out on a stag weekend in Blackpool, with a life size tattoo of a pair of Ray-Ban sunglasses tattooed onto his face. The man thought it was just a marker pen until he tried to wash it off but to his surprise it was permanent, yes it was a tattoo! 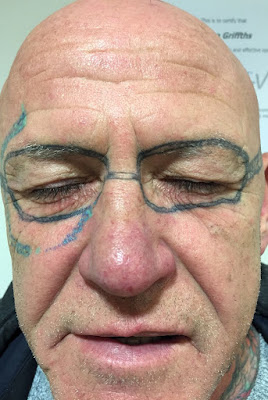 “I had no memory of getting the tattoo because I had gone out celebrating and it happened when I was drunk. Waking up the morning after, I thought someone had used a permanent marker on my face,” he said. “When I first came home, obviously I was subject to a lot of stares, but I kind of got used to the tattoo and decided not to get rid of it. But the next morning I really started to think about what my family and friends thought” he added. The party-goer spent two years getting his Ray-Ban sunglasses tattoo removed from his face using a laser. He went to 1192 Laser and Beauty Clinic to have the removal. 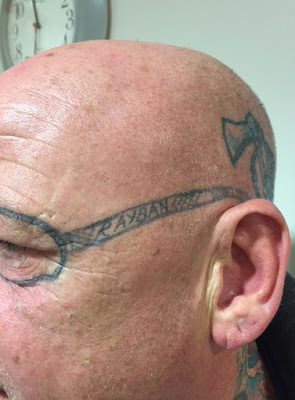 “Not every tattoo is the same but obviously some are more visible than others. We’ve removed face tattoos but nothing that stood out as much as this one did,” said the clinic spokeswoman. After six laser treatments at the clinic, his sunglasses tattoo is no longer visible to the naked eye. The treatment has left him some non-permanent marking, but those are expected to fade. According to Donnalee Alford, the owner of 1192 Laser and Beauty Clinic, it was one of the worst careless tattoos they have ever seen. 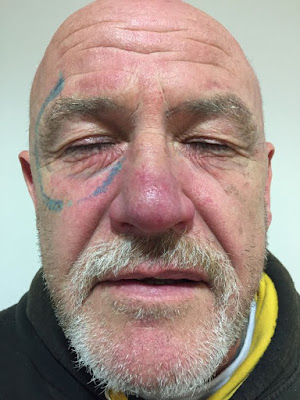 “When I first met Donnalee I made it clear I was not sure if I really wanted the tattoo removed. “I had seen some horror stories and some friends have scars in the place where they had tattoos removed. If there was a chance of scarring there was no way I was having it done,” said Donnalee Alford. He had the procedure carried out on a test patch and then booked a full course of treatment – but kept it a secret how much it cost to remove his tattoo. “All I can say is that the whole process was amazing. There is no scarring, and when friends who haven’t seen me for months come over, they always notice something is different,” the unnamed party-goer said. “When they realize the tattoo is gone, they are shocked about how well the treatment has worked.” Do you like what you read? Share it with your friends online and give your thoughts on us. Source: http://www.trendspot.co/2015/11/this-what-happens-when-you-party-too-hard-hilarious.html

A Beautiful Cebuana Babe Ran Away From A Salon with 2000 Pesos Bill!
loading...

Tags: man gets a rayban during partyparty too hard resultsray ban sunglasses tattoos