Curious: Find out how the Americans react to the phenomenal #AlDub love team!

The AlDub love team undeniably captures the world with its number of people, even those not from the Philippines, who show great interests on the trendsetting couple of the Philippines! A growing number of people are getting hooked of Eat Bulaga’s Kalyeserye since the phenomenal love team Maine “Yaya Dub” Mendoza and Alden Richards broke the internet. But do you ever wonder what do Americans think of the show? A a US-based popular social media and entertainment news website, BuzzFeed, had the same question in mind. 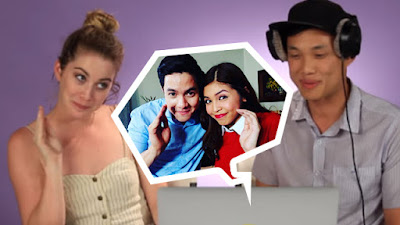 They created a video which showed some Americans with their opinions and reactions towards the famous couple. BuzzFeed uploaded the video which has gained thousands and thousands of views in Youtube. It is said in an article by Raffy Cabristante, published by GMA News on October 31, the Americans invited by the BuzzFeed who shared their thougths about the phenomenal love team had no idea who are the tandem. When the first Kalyeserye episode was presented to them, more of the reactions was positive. One women even said Alden Richards was ‘totally hot’. 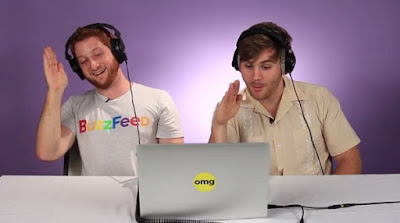 While another man said that the show was totally electric. He doesn’t know what is going on but it is just like a whirlwind of fun. As they watched the episodes, some of the female participants wondered and asked what is ‘pabebe’. The AlDub love team recently broke the internet with their 41 million tweets. They were cited by Twitter as a ‘global phenomenon’. The British Broadcasting Company (BBC)’s website featured the duo along with the headline that says, “AlDub: A social media phenomenon about love and lip-synching.” Rico Hizon, BBC Filipino presenter, said that the success of the AlDUb love team can be attributed to their humility. He also added that the love team appeared to be very down-to-earth and he believes that is one of the big reasons why they are so popular. On the other side, Maine Mendoza also known as Yaya Dub, was entitled to be the third fastest-rising growing celebrity on Twitter after the US singers Katy Perry and Taylor Swift. So what can you say? Aldub takes us by storm now. Visit our website regularly for more interesting and trending news and stories online. Kindly share this with your friends and if you have any comment, please write them below. Source: http://www.trendspot.co/2015/11/find-out-how-americans-react-to-the-phenomenal-aldub-love-team_1.html#at_pco=smlrebh-1.0&at_si=563a0ef131c19adb&at_ab=per-2&at_pos=4&at_tot=4

Use of ‘ALDUB’ as TRUE, ‘YAKIE’ as FALSE, as part of Midterm exam

Roel Manlangit in PGT 4 : Bukidnon Boy sings “I Will Always Love You”
loading...